The Falcons started slowly, conceding five unanswered points before skipper Iain Rogers made one of two from the free-throw line to open his team’s account. They also conceded the last five points of the first period and lost the third period 4-15. Going into this very winnable fixture the Falcons were without the firepower of top guns Dan ‘Maverick, Sinclair (14 points per game so far this season), Paul ‘Iceman’ Howard (15ppg) and Becky ‘Viper’ Wellington (8.9ppg), as well as the injured Matt Sawyer (ankle), Matt Blowfield and Mike Cairncross (back), Dan Warren (leg) and Eric Mania (shoulder). Also MIA was Alex Braga, and recent acquisition AP Okoeye was not available for selection, so this was always going to be a tough encounter. Despite going down by as many as 12 (33-45) the Falcons still gave themselves a chance to win when, with less than a minute to go they trailed by just two points. In the  closing period the Venom made some crucial free-throws when it mattered, and then with the last shot of the game Adam Birch’s hail-Mary to tie the scores dropped agonisingly wide and the Cobras earned themselves their first win of the season.

Russ Coulson topped the Falcons scorers with 14, Ian Rogers again proved invaluable with 13 points (including 5 of 7 from the charity stripe) and Steve Metson was a calming influence with 13 which included 9 of 13 free-throws. The start of the second half was something of a disaster as the Falcons turned a 1-point deficit at the interval into an 11-point margin, but they tightened up on defence and out-scored the Cobras 16-6 in the last five minutes, with the visitors only registering one field goal in that time. Russ Coulson drove to the basket relentlessly and scored 9 of his 14 in this final phase of the match. Steve Darke scored a game-high 16 for the Cobras including the games only two 3-pointers.

The previous week the team arrived early and trained for half an hour before the game started. That resulted in a victory. The team was flat at the start of this match, and that resulted in an early 5 point deficit. This is something we must address. Despite missing so many players the Falcons still got into a match-winning position, something they have struggled to do in so many games over the past three seasons, and we need to continue this good form as we go into the remaining games of the season. Some set plays are beginning to give us great scoring chances, and towards the end of this Cobras game the team began to realise the importance of moving the ball constantly, cutting strongly and moving as soon as they have passed the ball. There is still so much more to come from this team.

What makes a great team-mate? 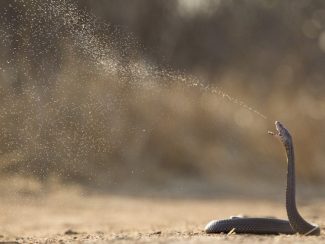