Lions make in 3 in a row

MVP (nominated by the match officials):

The Lions improved to 4 and 4 in the league, and stretched their winning league run to three games with this gutsy Burns Night victory at Wellington College. The teams met in the season opener with Basingstoke shading it by just two points, and with a short bench (thanks to injuries, work commitments and family illness) the Lions played smart and closed the game out with good possession basketball and great defence.

Steve Metson led the scorers for the second game running, with 16 on both occasions, with Callum Harvey and Gareth Hill both getting double figures. The Lions won three of the four periods, and played good defence while only giving up 11 fouls in the game. Foul shooting (6 of 14 at 43%) needs to be better, but fortunately the result did not depend on this vital part of the game.

Playing games with a short bench is always a difficult situation. Substitutions are easier, and players get more court time and so a better chance to gel on the court, but fatigue is often a determining factor, and if injuries or foul trouble is encountered then things can become very difficult. Fortunately for the Lions the players, to a man, stepped up and played some very good team basketball. The opening three minutes were dominated at the offensive end by the evergreen Gareth Hill, and Steve Metson closed the period out with five points in his devastating combination of lay-ups and mid-range jumpers. The introduction of Lions’ MVP Adam Woolford increased the intensity of the Aztec defence, and set the tone for the rest of the game. Towards the end of the third period, when Basingstoke threatened to come back into the game, threes from Callum Harvey and Alex Braga, the latter on the buzzer, restored a 5 point lead which the Lions held on to till the end. Gavin Baker, stand-in skipper for Alex Taylor, scored a season high six points and along with the Hills (Gerry and Gareth) dominated the boards for much of the game.

Monday 31st January vs Chiltern Fastbreak at The Highcrest Academy, High Wycombe – tip off at 8.15pm.

Next training: Thursday 3rd February – 8.30 to 10pm at Wellington College 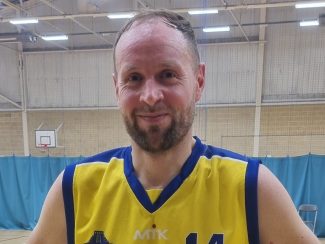 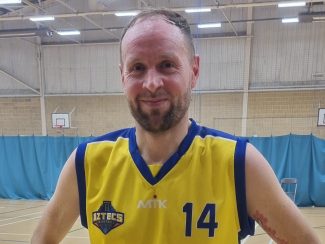 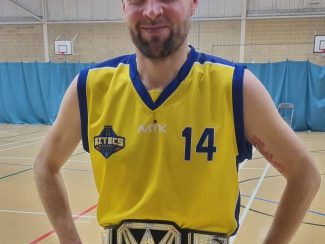 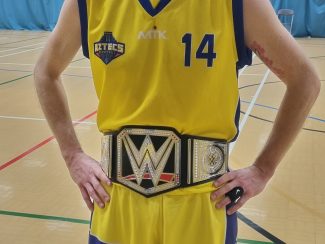