The Falcons started slowly losing the first period 16-15, with missed nine foul shots in the opening 10 minutes not helping their cause. The middle sessions were dominated by the Falcons as they out-scored their hosts 37-26. The final stanza was tense as the Venom came right back into the game taking a 62-60 lead with a minute to go. Dan Sinclair and Paul Howard combined for 46 of the Falcons 67 total, but it was the top-scorer of the opening game, Becky Wellington, who made a brace of free-throws with less than two seconds to go, who finally put the game out of reach for the Cobras.

In scoring 67 points the Falcons recorded their highest total in all competitions in the past three seasons. After they missed 9 of 14 free-throws in the first period the Falcons improved to 7 from 12 in the rest of the game, with Becky Wellington’s clutch at the death showing how vital this part of the game is. 12 from 26 in the game is 46% – still below the 50% minimum set for all Aztecs teams. Top scorer Dan Sinclair made 7 from 9 attempts and three 3-pointers in his 26 while Paul Howard’s 20 included nothing from the charity stripe despite taking six attempts in the game! Eight of the Falcons scored, with Tony Upfold making a pair of lay-ups to give the Falcons their biggest lead of the game, 15 points at 37-52.

The Falcons started the new season well last week in losing by just 8 to Phantoms 2’s, but this performance showed glimpses of how well the Falcons could play. Defence in the second period especially was good, and with Dan Sinclair and Paul Howard racking up the points the team has now recorded three different scorers with 20 points or more in a game. Set play moves are still rusty, and offensive sets need to be played with more commitment and patience. Regular and full attendance at training sessions should improve these issues immensely. 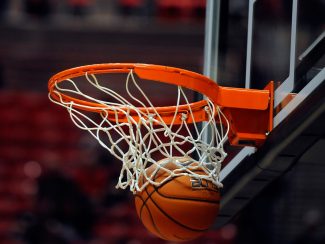