Another disappointing defeat despite more good defence, better ball retention and hard work on the boards. Matt Blowfield was back in double-digit points, scoring for the eighth game running, and his drives to the basket were only stopped by some illegal defending as the visitors worked hard to stay in the game early on.

Post-match analysis (mainly carried out in the WC bar) concluded that the team simply needs to score more. The poor shooting was revealed in two stark facts:

No blame is attached to any one individual, but if the team had managed 50% accuracy from the charity stripe (6 more points) and made just three more baskets in each half (12 points) that would have made the score 50-49!

Another promising performance the players should have been proud of, but the mood was a little flat as everyone appreciated that the game was there for the winning, possibly more so than any other defeat this season.

Everyone is, however, always up-beat and the general feeling in the side is that the improvements shown over the past year will bring rewards when the team becomes more ruthless at both ends of the court for a full 40-minute game. Commitment is unquestionably high, and the team work hard on the court and at training and deserve to start winning games. 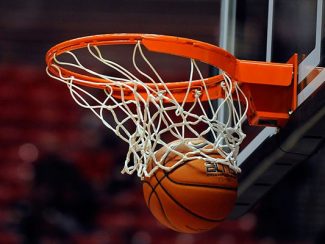