FALCONS AND SUNS BOTH WIN THREE IN A ROW!

The Suns, sitting 5th in Ladies Division 2 only because they have played fewer games than everyone else, recently beat Farnborough Phantoms 49-28, Camberley Goldhawks 50-43 and Aldworth Arrows Academy 79-48. Their fixture congestion has resulted in two sets of back-to-back fixtures, against Aldworth Arrows Academy on Sunday 8th March and the following night against Farnborough Phantoms Academy; then after they play Reading Rockets on 15th March they take on Yateley Silverbacks Ladies on Sunday 22nd followed by Aldworth Darts the next night in Basingstoke. Some good wins in the run-in should give them a well-deserved play-off spot.

The Falcons have developed a winning mentality of late and have now won four of their last five games including three on the trot against Windsor Warriors 54-52, Woking Blackhawk Thunder 60-50 and Yateley Silverbacks 3s 60-52. Three crucial games are next up with a home match against Woodley Greenflash at 7.30pm on Tuesday 10th March, an away trip to third placed Maidenhead Royals on Monday 16th and a home fixture against Bracknell Cobras Kain on Tuesday 24th, again at 7.30pm at Wellington College. Currently 11th of 13 in Division 3, the Falcons have an identical playing record to the two teams immediately above them, but a slightly worse points difference.

The Storm have won two and lost two in recent weeks and sit third of seven in Wessex Ladies Div 1 and second of five in Wessex Regional League East. Losses against Southampton Sharks Ladies (44-65) and Woking Blackhawk Ladies 49-66 (when they were without two key players) were followed by solid performances against Winchester City Royals and Swindon Shock Ladies. In both fixtures the Storm scored 66 points and conceded 42 to Winchester and just 23 at Swindon. The Storm play Aldworth Arrows on Monday 9th March at 8.45pm, Southampton Sharks Ladies at home on Sunday 15th March at 4.45pm and on Sunday 22nd they are at home to Bournemouth Uni at 4.45pm.

The Jags have struggled for form, fit players and a touch of luck for much of the season so far but recorded their first win since 19th November when they recently beat Woodley Harriers 65-32. They then went down by just 9 to both South Bucks Comments (currently second in Div 1) and Woodley Thunder – the scores being 54-63 and 69-78. Next up for the Jags: they play tonight (7th March) away to Woking Blackhawk Hunters, the team just above them in Div 1, Slough Scorpions, at home on Tuesday 10th and the Div 1 leaders Team Swindon at home on Tuesday 24th March – both home games scheduled for 9.00pm starts. Currently bottom of the 10 teams in Div 1 with a 3 and 8 record, the Jags have a points difference of -53, the 5th best in the division. They have conceded just 746 points in Div 1 – the second-best defensive record with only Yateley having conceded fewer.

The Lemmings need to have a run a games when they can put out their strongest team; results will eventually go their way. They lost 46-55 to Basingstoke Blizzards 2 and then lost away to Bracknell King Cobras 41-69, but to their credit they reversed that two days later when they beat the Cobras 70-67 at home. Another loss to Yateley Silverbacks 2s 56-79 followed, but the Lemmings still have more than seven fixtures left to prove what they can do. They travel to play Kennet Kingfishers on Sunday 8th March and to Slough to play London Patriots on Sunday 14th before travelling along the M4 to take on the team just above them Swindon Shock on Tuesday 24th.

what makes a great team-mate? 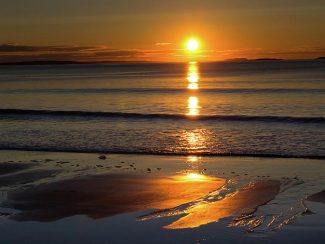