Aztec Falcons went into this fixture, a repeat of the cup match the previous week, with a depleted squad and got off to the worst possible start. After pushing Woking close 7 days earlier in the cup the Falcons were confident of another good performance, but they lost the opening quarter 31-4 and gave up the first three points of the second session before out-scoring the Thunder 29-36 in the next 19 minutes. Woking closed out the game scoring the final nine points of the match. Woking were up 10-0 when Coach Walker called a time-out to steady the ship, and scores from Becky Wellington and Iain Rogers seemed to calm the visitors, but their scoring stopped as Woking poured in another 21 points without reply before the end of Q1. Most of these points were either open lay-ups following Falcons fumbles or three-pointers. Once the Falcons calmed down (ten minutes too late!) they were a match for their hosts and seven of the team got on the scoresheet with last week’s debutants Simon Martin and Alex Braga getting eight and six while Adam Birch scored twice as the Falcons took the third period 20-13.

Guard Dan Sinclair led the Falcons once more with 10 points, supported by eight from skipper Iain Rogers and Simon Martin, the latter thoroughly enjoying his second ever game by adding five fouls to his 6 points in the paint and mid-range jumper. Foul shooting was 42% (five from 12) with Iain Rogers 100% for the second week running. Woking were second best from the line hitting just seven from 27 at 26%.

When the players settled and did what they were asked to do, and what they have practiced on Monday, they were a match for Woking. The offence slowed down, the players took their time, gave good passes and looked after the ball. The losses were greatly reduced, and so quick break points were stopped resulting in the Falcons out-scoring Woking 29-36. Fouls were not too costly thanks to some indifferent Woking shooting from the charity stripe. The team needs to learn how to control the pace of the game better and not force passes too early in offensive sets. A FOCUS training session on Thursday at Wellington College from 7:45pm and a KEY training session at King’s Academy on Monday 4th November from 8:30 to 10 will be a vital opportunities for the Falcons to make positive progress.

NOTE: The game on 5th November against Yateley has been postponed. 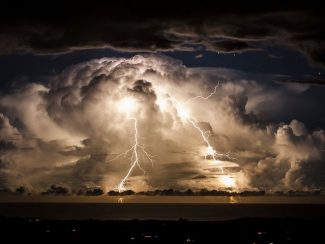