Maidenhead and Camden take the honours

The day started early with The Aztecs Ladies going down in their opening encounter to a very strong team from Camden, who ended the tournament unbeaten. At the same time the Aztec men’s two teams met on the other court with the Jags running out comfortable winners against the ‘Flemms’ – a combination of Lemmings, Falcons and training members.

In the pool matches the ladies overcame Farnborough but lost to Witney, finishing third in their round-robin league. In the semi-final they came to life and overturned a 1-point pool defeat to Witney by winning 29-12, setting up a thrilling encounter with Camden in the final. The last ladies game was dominated by the Aztecs early on but with 10 seconds left and the Aztecs up by just 2 Camden made two from two at the foul line to tie, and then missed a set play to win the game, forcing 2 minutes of overtime. Both teams struggled with some nervous attacks against some good defence, and Camden scored the only basket of the session to take the title by just two points – 36-34.

The Jags did not fire on all cylinders as they followed up their victory over the Flemms with a win over Farnborough, but defeats against the Cobras 12-17 and Maidenhead. The Maidenhead game was tied at the end of regulation, and so went to a shoot-out. Foul shooting has long been an Achilles heel for the Aztecs, and with the pressure really on to win the game the Jags were 0 from 5 while Maidenhead sank two of their five shots to take the tie. A 17-13 victory against Woodley gave the Jags third place and a Plate Final game against Farnborough, which the Jags won 67-34.

In the men’s final Maidenhead and Woodley took the game to the wire, with Maidenhead winning 50-46. Woodley had won the round-robin encounter between the teams 21-13, and must have been confident of winning the title, but sadly for them finished as runners-up for the second year running, having lost in the final to the Jags last year.

Thanks must go to Amanda Trinder for all her hard work arranging the day, to all the officials for blowing 27 matches and to the players for some thrilling and entertaining basketball. 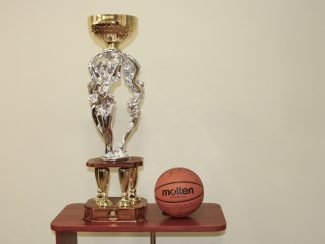 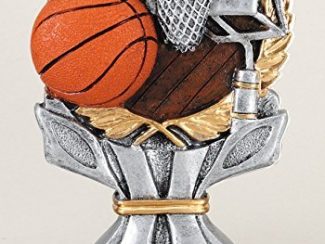