The Lemmings came agonisingly close to beating local rivals the Cobras in a tight and exciting encounter at Wellington College. The Lemmings led by 5 during the early exchanges but could not force a match winning gap between the teams. The Cobras, led by former Aztec Kerry Haynes, had their biggest lead at the start of the final session when a Lee Barefoot 3-pointer gave the visitors a 41-49 lead. Resolute defence then saw the Lemmings close in and Tim Gosev’s third triple of the game gave the home team a slender one-point lead with less than a minute to go. In the end foul shooting was the key as Alex Taylor slotted 2 from 2 to give Bracknell the lead by one, and following a Lemmings turn-over the Cobras held out for the win.

The Lemmings defence was the key as they held Bracknell to just eight points in the final nine minutes whilst making 15 at the other end. Tim Gosev led the Lemmings with 17, including three triples, whilst his brother played a quick cameo for four points. The Lemmings were deprived of the services of the influential Gareth Hill who damaged knee ligaments shortly after his introduction, and Shane Tobin turned an ankle making a lay-up early on that proved to be his only points of the game. Steve Metson was his usual dynamic self with nine points, a combination of fast break finishes and neat jumpers from 16 feet. Axel Jahnke scored 11 and was like an octopus on defence and everyone contributed points save for the unfortunate Hill.

The Lemmings deserved to get the win in this great match, but in the end foul shooting was the deciding factor. The Lemmings made just three from their nine attempts while the Cobras were 7 from 9, including the decisive brace at the end to snatch the game away from the unlucky Lemmings. Foul shooting was also key in the defeat at the hands of the Silverbacks a couple of weeks previously. This must be something players work on in their own time as it is such a vital part of the game. The Spirit in the team was outstanding, and when everyone took responsibility and work well with the other four players on the court the team looked outstanding. Victories must surely be just around the corner. 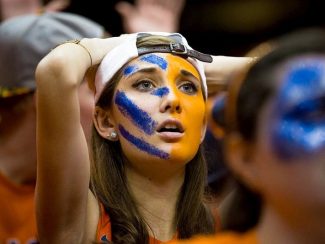