Leading scorers (according to the official scoresheet):

The Falcons lost in a very frustrating game for everyone in the visiting camp. The game was delayed a week due to a malfunction with the backboard mechanism and was only confirmed at 3.30pm on match day. Journeys along the M4 (or M3, A303, A34 and M4) were horrendous due to accidents and ‘police incidents’, and then to cap it all the team lost focus for 9 minutes during which time the Shock out-scored the Aztecs 26-3. This continues to be an issue for the Falcons; competing well for 75% of the time and losing touch for an agonising period in the middle of the game.

From the start to the 16th minute the Falcons were leading 20-19. From minute 17 to 26 they lost 3-26 and in the final 14 minutes they went down by a single point 18-19. Nine of eleven players scored and for the fourth game running the team broke the 40-point barrier, something that did not happen at all last season.

I worry that I sound like an old broken record (vinyl music disc) when I make the same comments at each time-out. Look after the ball, play tough D, take rebounds, make your shotsbut I know the team is determined to improve, as illustrated by the posts on the Falcons WhatsApp group since the game. At least we don’t have to travel back from Swindon again this season! 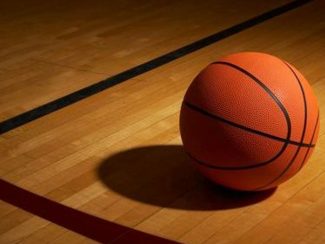