Perspective is what is required when reviewing this game. The Falcons came into the match with just one win all season; the Rockets have lost just one – in the Karl Taylor Cup final three days previously at the hands of Division 1 outfit Team Swindon who are, themselves, unbeaten this year! The Rockets did score more points – 127 – in their opening game of the season against Yateley Silverbacks 3s, but have only conceded more points – 73 – when they narrowly beat Maidenhead Royals 81-73, which was Maidenhead’s only league loss this season.

The Falcons have only scored more points twice this season, 74 in their previous game, and 67 in their only win this year against Cobras Venom. The Aztecs third string never gave up and ran some excellent offensive sets at times but were undone by Reading’s domination in terms of their height, shooting accuracy and speed.

Paul Howard led the Falcons scorers again with 24, and Dan Sinclair had a solid game with 13 including 100% (3 from 3) at the line and two 3-pointers. Unfortunately it looks as if the Falcons will be without their firecracker guard for the rest of the campaign as he suffered a nasty fracture of his forefinger which requires specialist attention and a lengthy rest. The points totals in each period were in double figures, something the Falcons need to replicate in their remaining games this season.

The Falcons played with great determination throughout, despite conceding at regular intervals in this Div 3 game. Matt Sawyer had his best game for the Falcons in a long time with 8 points including a wonderful up and under – just reward for some serious practice over the past couple of years. Captain Rogers was in dominant form at the defensive end and scored some classic baskets whilst Alex Braga was had a super game with the ball and on defensive duties. Drew Miller was back in the fold and put himself about, grabbing some key rebounds and scoring over 6’9” Dan Carter at the death. We have Farnborough 2’s at the weekend and next Tuesday is another ‘must win’ game at WC against the ‘Backs 3’s. 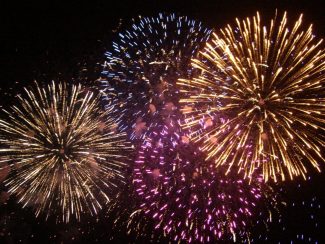