Finally, win number three! The Falcons built on their terrific performance in the first 29 minutes of their previous match and played as a team for the full 40 minutes to secure their third win of the season. The players were elated to come away with the ‘W’ and pleased that the hard work shown all season has resulted in good performances in back-to-back games. At the end of the first period the Falcons were facing an un-warranted 5-point deficit when veteran guard Justin Hopley raced across the court to break up a Windsor attack. Having rolled the ball up the court on the in-bound pass Windsor were looking to advance it to the half-way line to get a quick shot away. Hopley was too smart and too quick and he slid across the floor to intercept the ball and made Woodley pay the full price as he got off a shot with nothing on the clock but the makers name to trim the Woodley lead to just one point. Hopley closed out the second half with another interesting play which sparked a late Windsor revival, but by then the game was all but over and the victory safe.

Paul Howard led all scorers once again, but the team played really tough at the defensive end, led by Iain Rogers who boxed out, rebounded and blocked shots as if his life depended on it. A disappointing performance from the free throw line saw just 14 of 30 attempts drop (at 47%) although ‘Mr Reliable’ Tim Tostevin was 100%. The Falcons started the third period by conceding twice in the first minute but then held the Warriors pointless for the rest of the session and the start of the final period while bagging 14 for themselves in this time.

This was the most enjoyable game I have coached since taking over the reins with the Falcons. Everyone contributed in crucial ways at both ends of the court and played some smart basketball at key times in the game. Understanding systems and set plays is such a key feature of basketball and the team are beginning to realise that. Learning in the past couple of months has been quick and progress, as a result, has been very encouraging indeed.

Tuesday 2nd April sees the Woking Blackhawks visit Wellington College. The final game of the season is at home to Woodley Greenflash on Tuesday 9th April. Training is on Thursday 4th April from 8 to 10pm at Wellington.

What makes a great team-mate? 6 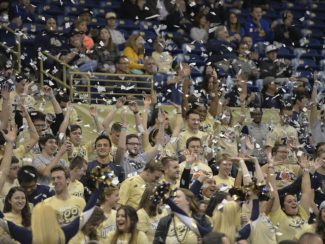