What a difference three days make! The Falcons were disappointing in defeat on Tuesday when Windsor Warriors won at Wellington College, but on Friday the Falcons approached this Karl Taylor cup tie with a refreshingly relaxed attitude and produced a pleasing performance enjoyed by everyone. The Falcons gave debuts to Alex Braga and Simon Martin, the latter playing his first ever game of basketball after showing great promise in training. The Aztec team started slowly, scoring their first points after three minutes and three points down, but after some exciting play the Falcons scored nine points in two minutes to edge ahead at the interval. The Thunder scored the first nine points of the second half in just four minutes before Tim Tostevin’s trademark ten-foot set shot set the Falcons on their way again. There were still just three points between the sides with six minutes to go when the Blackhawks netted five without reply including three from 10 foul shots. The home team closed out the game to win by just seven and secure a spot in the next round of the cup; the next knock-out action the Falcons will experience will be in the plate competition.

Guard Dan Sinclair led the Falcons once more with 16 points including one from one from the foul line, one three pointer and a fine defensive display. Becky Wellington and Iain Rogers got 10 apiece, the skipper with four free throws from four attempts, two delightful low-post plays involving the former England ladies international and one textbook jump shot. The Falcons committed 18 fouls in the game compared to 10 by the hosts; seven of these fouls were called in the closing stages which gave Woking 13 attempts from the foul line. The Aztecs made seven of 11 at 64% from the charity stripe.

After the frustrations of the loss earlier in the week, this turned out to be one of the most enjoyable games I have experienced as the Coach of the Falcons. The team travelled to Woking on Friday – not always everyone’s week-ending venue of choice – with five aims; 90 minutes after tip the Falcons had achieved four of these targets. The team played with renewed energy; all 11 members of the squad got some reasonable court time; everyone had fun (despite losing) and the team secured a place in the plate competition. Despite a valiant attempt only eight of the 11 players scored, including a basket on debut by Simon Martin who was the beneficiary of a most generous pass from Tim Tostevin who gave up a clear scoring chance to give his new team-mate the points. The teams meet again at the same time in the same place next Friday to decide who will take two league points. Before that the Falcons have a key training session at 8.30pm on Monday evening at King’s Academy.

Wellington College is closed on Thursday so there will be no training on October 24th. 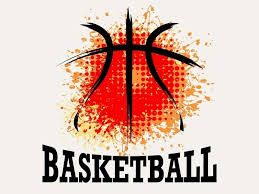