After 10 minutes it seemed as though the visitors were dead and buried and heading for a record defeat, but in each subsequent period the Falcons scored more points and conceded fewer and were even up 3-9 at the start of the final session, which they lost by just a single point, 17-16. Everyone scored, with debutant Adam Birch converting an extravagant lay-up on the break and skip Upfold closing the scoring by making a bucket in heavy traffic at the third attempt with nothing left on the clock but the makers name.

This was an amazing game; I cannot remember coming away from such a heavy defeat feeling so buoyant! After 11 minutes we were down 27-4 and the game was lost in this first crucial phase; to recover the way we did was testament to the determination and commitment of the nine players who travelled to Woking. Heads were down and all seemed to be lost; we had turned the ball over repeatedly, played less than average defence, missed all our foul shots and scored only twice, but with a change of defence (in fact with constantly changing defensive systems), some better passing and the confidence to shoot we recovered in the second half from a 42-11 first half to a 35-26 second half. We set ourselves three targets at half time – stop Woking getting to 100, get everyone on the scoreboard and get to 40 ourselves. Two out of three ain’t bad!

Storm in Cup Final this Sunday at 3:15pm 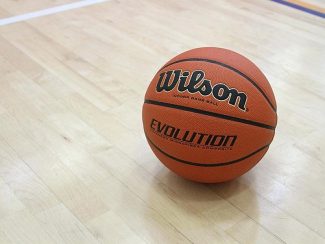